Preschool supports “Every Child is Worth It” campaign
On Thursday the 24th of August the preschool supported the “Every Child is Worth It” campaign by hosting a public event at the preschool.
In the lead up to the General Election this year, the NZEI Te Riu Roa is coordinating a campaign calling for restoration of the 2010 funding levels to the early childhood education sector.
The preschool invited local MPs and candidates for the General Election to come to the preschool to sign a pledge to commit to restoring previous funding levels, reduce teacher to child ratios and group size, and restore the goal of 100 percent trained teachers in every ECE centre.
The driving force behind the event at our preschool was a group of Samuel Marsden Collegiate School students who have been supporting the preschool during 2017 as part of a social studies project on public policy. They have been fundraising on behalf of the preschool, volunteering during session time, and visiting local MPs to let them know about the effects of the falling funding levels on early childhood services like ours.
MPs, James Shaw from the Greens, Grant Robertson from Labour, local candidate for NZ First, Andy Foster, and East Coast MP from the Greens, Gareth Hughes, attended the event. All four spoke in support of the campaign and signed the pledge.
Preschool children performed a haka and waiata.
The event was also supported by Aro Bake, who provided the morning tea.
Preschool parents, whānau and staff have also been sending messages to MPs and candidates around the country calling on them to take a “Have a Heart” pledge.

Find out more about the campaign: http://everychild.org.nz/ 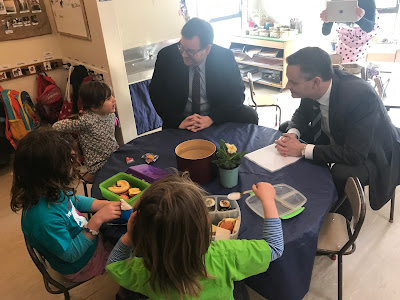 Over the last year as part of a place-based education focus preschool, children have been finding out more about the origins, cultural history and flora and fauna of their local community.  Children and their families/whanāu have made several excursions to the source of the local Waimaphi Stream and followed its journey down the valley back to the preschool. The stream is of special significance to the children because it flows (in pipes) under the preschool as it makes its journey under the city to Whanganui-a-tara (Wellington Harbour) near Te Papa. 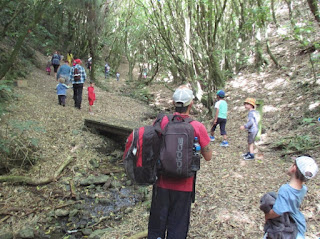 In 2015 the preschool received funding from the Wellington City Council “Creative Communities Grants Scheme” to fund the creation of a mosaic artwork that would reflect and celebrate ‘our place’. The preschool contracted international mosaic artist Rachel Silver, to work with us to create a mosaic mural for the preschool entrance.

Rachel spent time at the preschool with the children to get their creative input into the mural through drawings and discussion. We also visited Rachel at her studio at the nearby Toi Poneke Arts Centre, during the process. 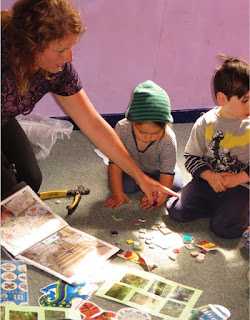 The mural was completed in May this year, and on the 13th of May an unveiling ceremony was held. Preschool whānau, members of the local community and representatives from the Wellington City Council and the Ministry of Education gathered together to celebrate the installation of the mosaic. Sacha Green, preschool chairperson, told the story of the development of the mural. City Councillor Iona Pannett and Regional Secretary of Education, Suze Strowger, acknowledged the preschool’s work on this project. Neavin Broughton, representative of mana whenua, blessed the mosaic.

A kapa haka group from Te Aro School then performed and our own preschool children performed a haka and waiata. 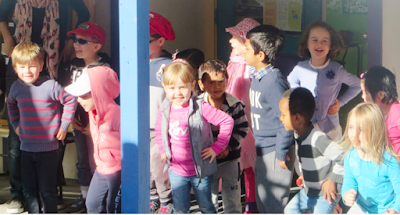 The mural reflects some of the story of ‘our place’ – the history of the local area and the connection this has for members of our community now, as kaitiaki of the preschool and our surrounding environment.
We have learned more about the history of Aro valley - the Aro pa, the story of the Waimapihi stream, and of Mapihi who bathed in its waters, and the gardens and trees and kumara that used to grow in the valley. The children have also been exposed to the stories of local Māori mythology and the atua that contribute to our story and in the process have become champions of our stream and waterways, and have more sense of connection with the importance for the future of caring for 'our place'.

Through the process, the children along with their whānau, have also learned about mosaic as an art form as well as having the very special opportunity to be part of designing and creating this beautiful art piece.

The sculpture will be an ongoing opportunity for current and future preschool children to develop a sense of identity and belonging in the community. The involvement of the Te Aro School children in the celebrations has helped our current focus on building closer ties between the preschool and the school. Closer ties between the preschool and school, helps children in the process of transition from early childhood education to primary school and is in keeping with government goals to develop communities of learning to help lift children’s achievement.